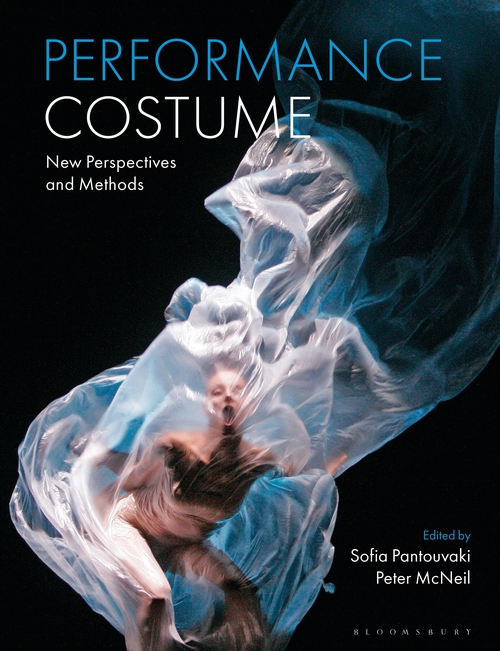 Costume is an active agent for performance-making; it is a material object that embodies ideas shaped through collaborative creative work. A new focus in recent years on research in the area of costume has connected this practice in vital and new ways with theories of the body and embodiment, design practices, artistic and other forms of collaboration. Costume, like fashion and dress, is now viewed as an area of dynamic social significance and not simply as passive reflector of a pre-conceived social state or practice. This book offers new approaches to the study of costume, as well as fresh insights into the better-understood frames of historical, theoretical, practice-based and archival research into costume for performance.

This anthology draws on the experience of a global group of established researchers as well as emerging voices. Below is a list of just some of the things it achieves:

1. Introduces diverse perspectives, innovative new research methods and approaches for researching design and the costumed body in performance.
2. Contributes towards a new understanding of how costume actually ‘performs’ in time and space.
3. Offers new insights into existing practices, as well as creating a space of connection between practitioners and researchers from design, the humanities and social sciences.

Section 4: Costume and the Body

Section 5: Costume and its Collaborative Work

“A truly pioneering exploration and discovery of new fields of costume study, Performance Costume is the first of its kind. It broadens costume study from within the theatre to consider the design process and its practices and, significantly, aspects of wearing and social significance, looking at TV, cinema, schools, hospitals and the street, alongside theatre. Terrifically stimulating and important …” –  Christopher Baugh, University of Leeds, UK

“An invaluable resource that is authoritative, international in scope, timely, and riveting. It is unique in its breadth of material, methodologies, and combination of contributions by academic and theatre practitioners in articles and ‘snapshots’.” –  Patricia Lennox, New York University, USA