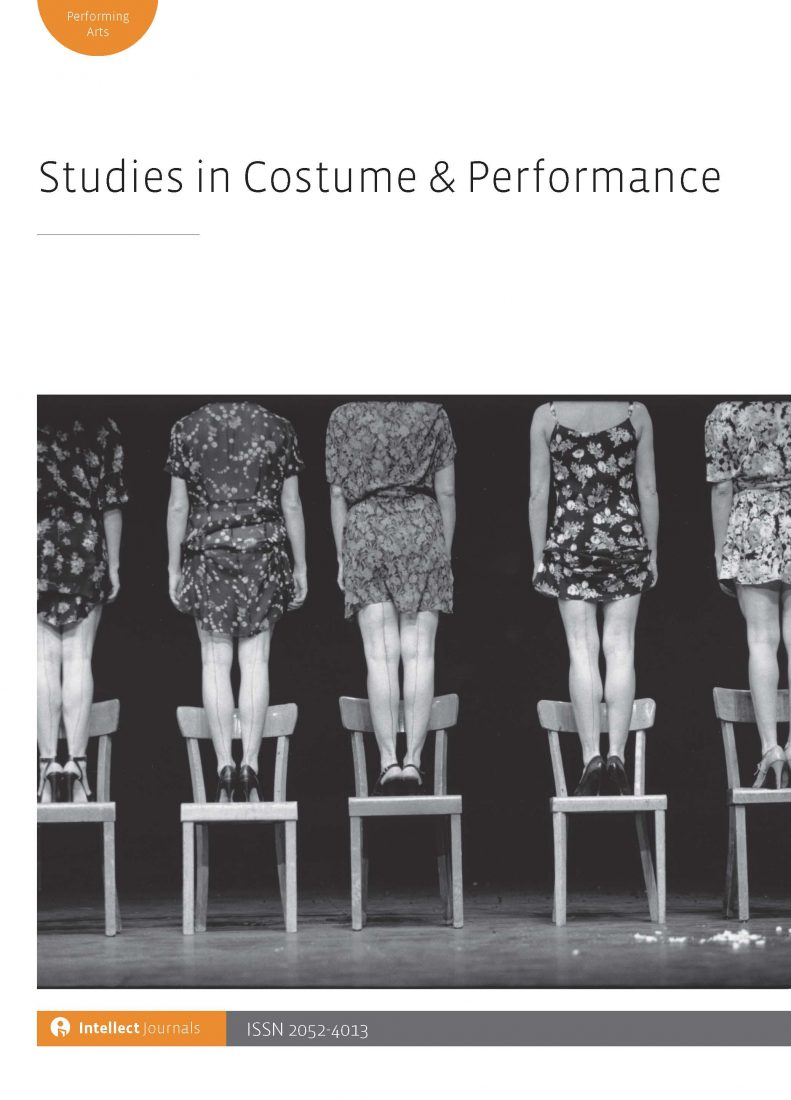 Studies in Costume & Performance is the first international research journal to focus entirely on the nascent field of costume for performance. Please join the launch of this exciting new publication on 2nd February 2017. To celebrate we have invited presentations by two of our board members, Aileen Ribeiro, Professor Emeritus at the University of London and Catherine Spooner, Reader in Literature and Culture at Lancaster University, who will be joined by Ilaria Martello, from the Royal Opera House, currently undertaking her PhD on costume and philosophy at London College of Fashion. Their presentations will focus on their current research. Aileen will discuss her forthcoming book, Clothing Art. A Visual Culture of Fashion 1600-1914, due out in January, and focus on a few aspects of masquerade and theatre in art. Catherine’s paper, ‘Women in White: (Un)dressing the Gothic heroine’ will introduce her current research into the cultural history of the white dress in Gothic fiction, film and fashion media. Ilaria’s investigation of the significance of ballet costumes as made objects into which spatial dynamics are inscribed, will refer in particular to some of the costumes held by the Royal Opera House Archives.

These will be followed by a brief introduction of the journal by its editors. The evening will conclude with raising a glass to the journal and with the opportunity to meet the speakers, the editors, the publishers, as well as current and future authors, reviewers and readers of the journal. During the evening, our publishers, Intellect, will be offering a 50% discount on volume one of the journal to all guests.

Aileen Ribeiro was Head of the History of Dress Department at the Courtauld Institute from 1975 to 2009, and is now Professor Emeritus in the History of Art. She lectures widely in Great Britain, Europe and North America, and has acted as costume consultant/contributor to many major art exhibitions. She is the author of many books, the most recent being Clothing Art. A Visual Culture of Fashion 1600-1914 (2016).

Catherine Spooner is Reader in Literature and Culture at Lancaster University. She has published widely on Gothic in literature, film, fashion and popular culture and is the author or co-editor of six books including Fashioning Gothic Bodies,Contemporary Gothic and Post-Millennial Gothic: Comedy, Romance and the Rise of Happy Gothic.

Ilaria Martello has worked at the Royal Opera and the Royal Ballet since 2003, where she is Costume Supervisor, having worked for Vivienne Westwood previously. Her costume design credits include “Void and Fire” for the Royal Ballet, 2016, “Enticement Lure” for NEBT, 2016 and the video “One Extraordinary World” ROH, 2012.